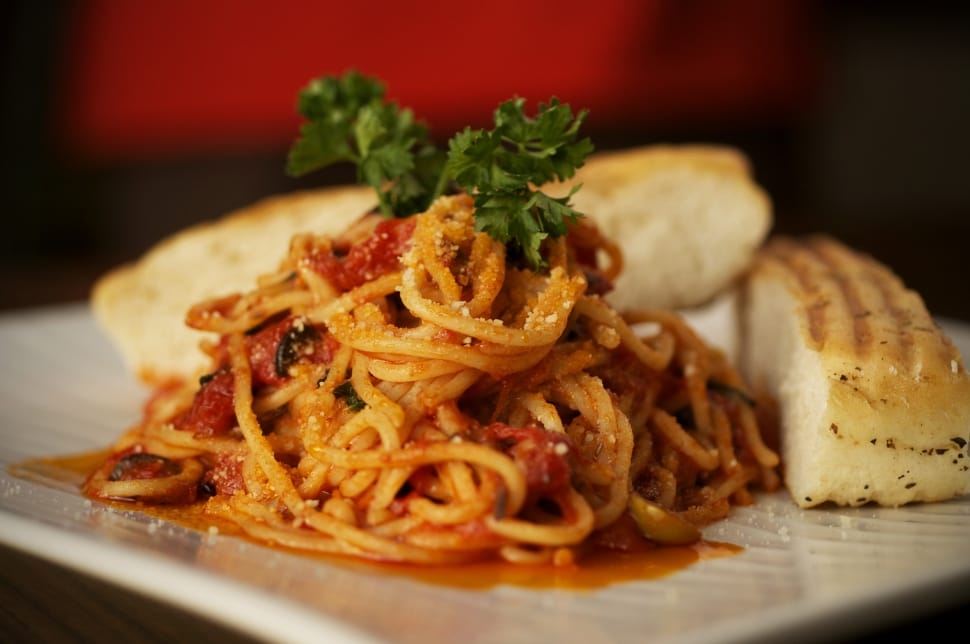 Plant-based pizza, pasta and meat are on the rise

Alternatives to comfort food classics like pasta and pizza packed with protein and fiber are sweeping through supermarkets — and investors and shoppers are eating them up.

While meatless, gluten-free and plant-based products were initially marketed to people with food allergies, the demand has gone mainstream.

But industry insiders warn that the alternatives may not always be healthier than the items they are meant to mimic.

"Today, most people who are now gluten-free don't have an intolerance, they're doing it for health reasons, and you're seeing more options now on restaurant menus and in grocery stores," New York City-based restaurant consultant Jason Kaplan, owner of JK Consulting, told FOX Business adding that the trend has gone mainstream.

Plant-based alternatives to pizza are taking over the frozen foods aisle.

"With the meatless Beyond or Impossible burger, you're giving people who normally wouldn't order something that is vegetarian or vegan as an alternative," Kaplan continued. "It isn't necessarily healthier, but people are looking for options that will mimic meat and carbs with alternatives like black beans and chickpeas."

Sales of plant-based food jumped 11 percent in the past year, a market now valued at $4.5 billion, according to the Global Food Institute and the Plant-Based Food Association.

One investor getting in on the market is Shake Shack founder Danny Meyer. His growth equity fund Enlightened Hospitality Investments and Prelude Growth Partners are investing $20 million in Banza, a pasta brand with alternatives to penne, rotini, spaghetti and lasagna all made entirely from chickpeas and pea protein, the company announced Monday.

Banza, launched in 2014 by brothers turned pasta-preneurs Scott Rudolph and Brian Rudolph, is now the fastest-selling pasta box at Whole Foods and Target, and its gluten-free chickpea penne is the top-selling variety on Amazon. It's said to have two times the protein, three times the fiber and 30 percent fewer carbs than regular pasta.

"When we first launched, the bean-based pasta category was in its inception, now we're seeing a lot more enter the category of better-for-you pasta," Brian Rudolph told FOX Business, adding that the product could eventually be sold at restaurants.

A survey that polled more than 30,000 people in 2015 found that 88 percent were willing to pay more for healthier food, according to Nielsen data. A box of Banza penne pasta costs around $3.49. A box of penne from Barilla, to compare, is $2.29.

What's more, one in five adults considers health when thinking about food and beverage purchases, according to NPD group's recent "Eating Patterns in America" study suggesting that people are being more conscious than ever about what they're eating.

There are more than 100 types of pasta offered on Whole Foods' website, many of which exclude white flour. Some of them use red lentil flour, white rice and beets, or organic hemp flour. Cauliflower has become the go-to veggie in pizza crusts, and plant-based meat alternatives from the likes of Beyond Meat rely on pea protein instead of beef to mimic the texture and flavor profile.

"We're becoming a little more creative with our food. We're using almond flour instead of white flour, black bean pasta instead of wheat, soy instead of meat — all of these varieties add function to our food," Sharon Zarabi, a registered dietician and nutritionist, said.

But nutritionists urge shoppers not to view alternative products as "healthier" options.

"Sometimes you think if it’s a cauliflower or chickpea you could automatically think it's healthier, but it's not necessarily healthier. Calorie wise, they're often very similar," Lisa Young, a New York City-based nutritionist and author of "Finally Full, Finally Slim," said. "You're not going to walk away skinny from any of these things, and that's what you need to realize. It's a better-for-you comfort food."

"It's an option for someone who is looking to reduce their saturated fat intake and add vegetables into their diet," Zarabi said.

HOW FAST FOOD CHAINS ARE FEEDING ON HEALTHY DIETS

The Beyond Burger (L), made from plant-based meat, and a regular beef burger.

A plant-based patty by Beyond Meat contains 250 calories (90 calories less than a beef patty); and six fewer grams of saturated fat. A beef burger contains 60 milligrams of sodium, compared to Beyond’s 390 milligrams. The Beyond patty has 20 grams of protein, one more compared to beef's 19.

The Business of Food explores the rapidly changing $1.5 trillion food industry every Tuesday on FOX Business.